After this, the word of the LORD came to Abram in a vision:
“Do not be afraid, Abram.
I am your shield,
your very great reward.”
But Abram said, “Sovereign LORD, what can you give me since I remain childless and the one who will inherit my estate is Eliezer of Damascus?” And Abram said, “You have given me no children; so a servant in my household will be my heir.”
Then the word of the LORD came to him: “This man will not be your heir, but a son who is your own flesh and blood will be your heir.” He took him outside and said, “Look up at the sky and count the stars—if indeed you can count them.” Then he said to him, “So shall your offspring be.”
Abram believed the LORD, and he credited it to him as righteousness.Genesis 15:1-6

God promised Abram he would be the father of many nations, that his descendants would be too numerous to count. And yet, at 99 years old, Abram was still childless.

And what did Abram do while he waited for the promise?

Initially, he and Sarai took matters into their own hands, and Abram fathered a son through the servant, Hagar. But it seems as if he then settled down, took God at His word, believed the promise. His life continued as he trusted and waited.

His wife, Sarai, laughed at God, not believing she could still bear a child in her old age.
Abraham pleaded with God to save Sodom and his nephew, Lot.

He lied to Abimelek, saying Sarai was his sister instead of his wife because he feared for his life.

In short, he went about his life, living and making mistakes and sinning…and believing God’s promise.

And, after years of waiting for God’s promise, Isaac was finally born. The long-awaited fulfillment of a promise decades in the making. The first generation of descendants more numerous than the stars in the sky and the sands of the desert.

And what did God ask of Abraham?

Then God said, “Take your son, your only son, whom you love—Isaac—and go to the region of Moriah. Sacrifice him there as a burnt offering on a mountain I will show you.”
Genesis 22:2

I have contemplated God’s promises so many times, especially in the last decade. I’ve read His promises, and I’ve heard His voice. I’ve lived to see promises fulfilled. I have promises, dreams, that I continue to cling to, praying God will be faithful to fulfill them. I’ve even found myself bewildered, confused, wondering if His promises have failed at times.

And one thing I’ve found is that I often cling more tightly to His promise than I cling to Him.

And in clinging to the promise, I find myself living in idolatry, worshiping the promise rather than Promise Maker.

Confused yet? Let me see if I can clarify.

Abraham received a promise from God—the promise He would be the Father of many nations, that he would father a child despite he and Sara both being too old to become parents.

Yet Abraham clung to God. He believed God would fulfill His promise. He took God at His word—and continued to go about his life, living with the hope God’s promises never failed.

He doesn’t appear to be consumed with the promise. Instead, it seems to be tucked into the recesses of his mind, always present but never overwhelming.

We don’t see him begging God to fulfill the promise.

We don’t see him moaning and groaning because it’s taking so long.

We don’t see him whining and complaining because life isn’t going the way he planned.
Instead, he continued to live his life, walking securely in his relationship with God, with a quiet confidence God would do what he said he would.

And when the promise was fulfilled?

Abraham was willing to lay that promise on the altar, to sacrifice his long-awaited son.

He didn’t cling too tightly to the answered prayer; instead he trusted God fully and completely, with quiet confidence, knowing He is faithful always and forever.
He chose to cling to the Promise Maker and not to the promise itself.

I wish I trusted God that much. Instead, I sometimes find myself clinging so tightly to the promise that I forget God. The promise consumes me, consumes my thoughts and my prayers. I focus on the wait, the expectation of the promise fulfilled, rather than trusting quietly and hoping confidently while life continues.

I believe there have been times when God’s promises, His dreams planted deep in my heart, have become idols.

What dreams? What promises?

It seems so often I become consumed, begging and pleading and waiting for God to move, to answer, to open doors…instead of waiting patiently, confidently, and going about my life with a quiet trust in the Promise Maker, the One who is always faithful, whose promises never fail.

And when I cling to the promise instead of the Promise Maker? My life is tumultuous. I lack peace. I am blown and tossed by the waves of this life.

But when I cling to the Promise Maker? I move forward confidently, peacefully. I enjoy every day as I live in His presence. I rest in Him. My strength is renewed. And I am overwhelmed by His presence and His peace.

What about you? Are you clinging so tightly to a promise that you have lost the Promise Maker? Are you so consumed with the outcome that you are missing His presence on the journey? Are you clinging to reconciliation for a broken marriage? Are you awaiting the fulfillment of that long-awaited dream whatever it might be?

I encourage you to adjust your grip, to let go of the promise. Only then will you be able to take a firm grip of the One who is always faithful to fulfill His promises. Only then will you find the peace and confidence as you wait for His glorious plan to unfold.

3 thoughts on “Guilty of Idolatry” 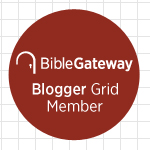